Whilst strict lockdown restrictions meant that the residents at our care and support services were safer, it also meant that they were no longer able to enjoy visits from family members and friends.

To combat this, our frontline colleagues did all they could to make sure residents were kept occupied and in touch with their loved ones.

There were games and video calls, quizzes and text messages… teams really went above and beyond to think of creative ways to keep everyone engaged. And one of these creative ideas was the Pobl Positivity Post box. 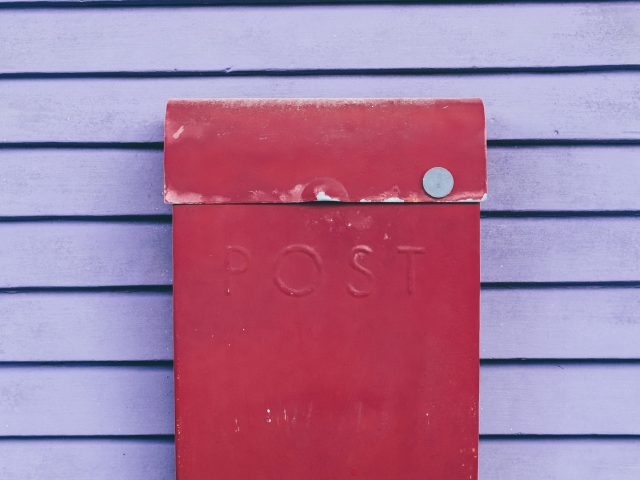 It all began at Ty Anwen, our residential care home in Caerphilly.

Megan Escott, a member of the team there explains, “The post box idea came about because some of our residents were really missing their family and friends and were struggling with keeping in touch.

“We thought that we would create a post box just for our residents, where they could post letters to their loved ones and then we could add stamps and post them.”

Obviously, not everyone at Ty Anwen has lots of family members, so Megan had a plan for them too. She says, “We thought it would be nice for them to send positive messages to others in Ty Anwen. We have had some lovely ones saying thank you to staff and we’ve also had some positive quotes and colouring pages sent in too.”

In addition to this, the team recognised that it’s impossible to be positive all of the time, so they also made a “worry box”. Megan says, “We know that the residents could have concerns or suggestions that they don’t feel they can say in person, so we made this possible anonymously via the box. 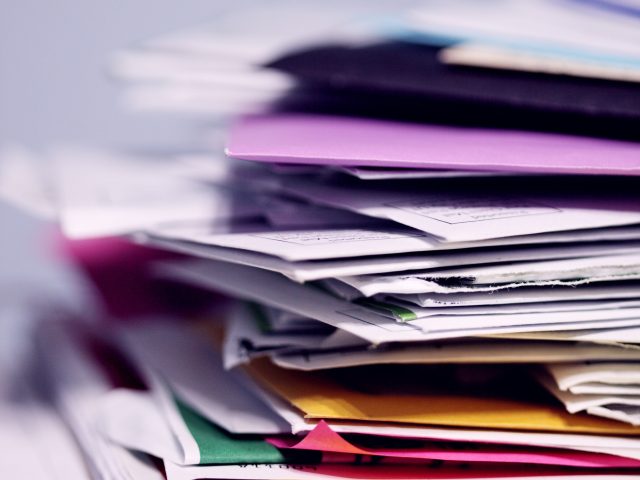 “One resident said that she found writing her worries and posting them somewhere helped relieve the anxiety she was feeling. She didn’t necessarily want staff to do something about it – but it felt nice being heard.

“There have been some really good suggestions in there as well. For instance, one of our residents had the idea of setting up a cyber café in one of our lounges.”

Meanwhile, Megan and the team have been working hard to keep everyone upbeat. They have even set up a pen pal letter exchange with neighbouring Pobl service, Ty Mawr. She says, “A few of our residents absolutely love getting mail, so we thought it would be a good idea. Our residents write their letters and we send them over to Ty Mawr and await the replies.” 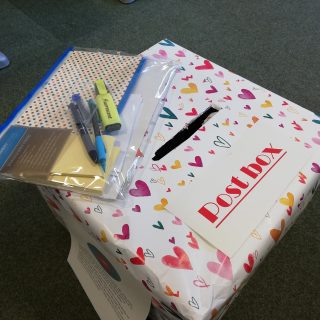 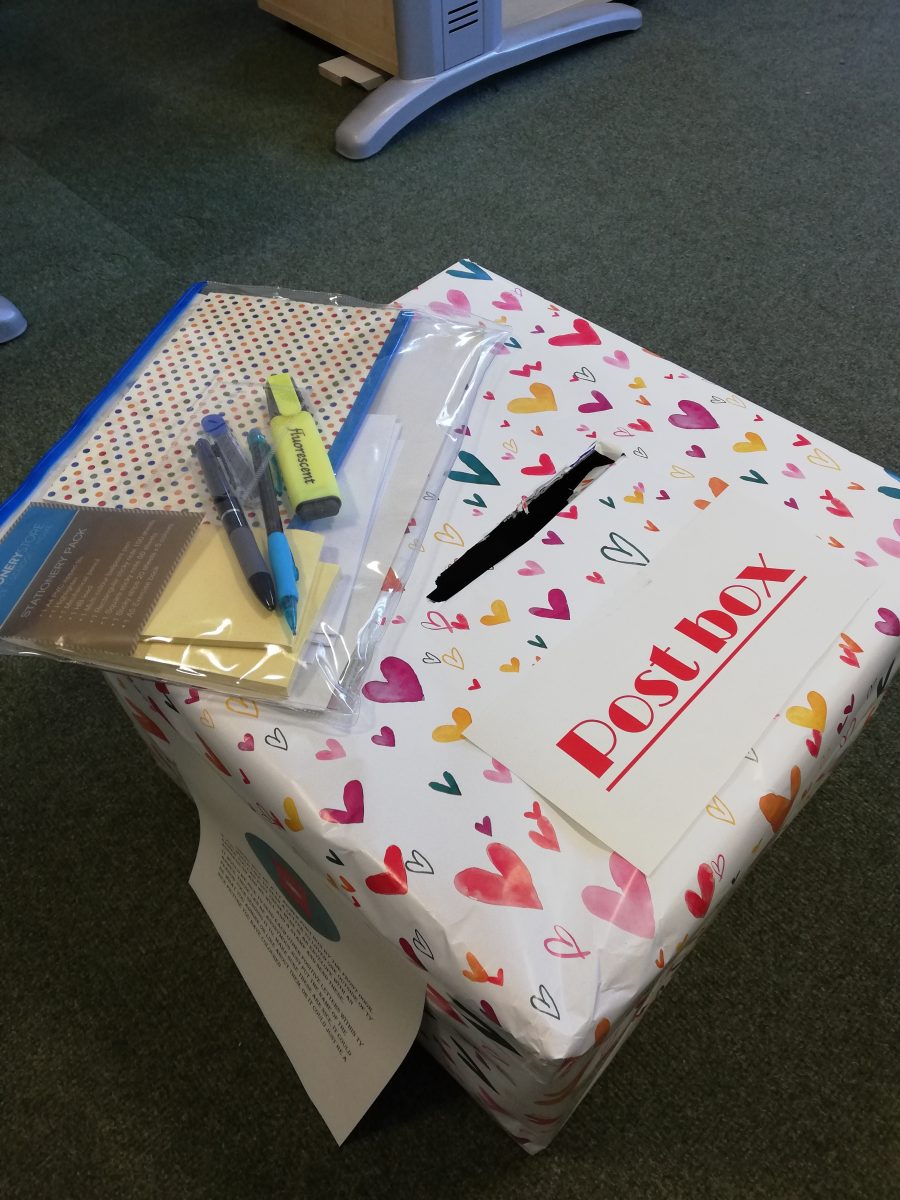 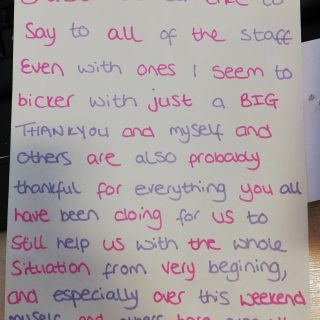 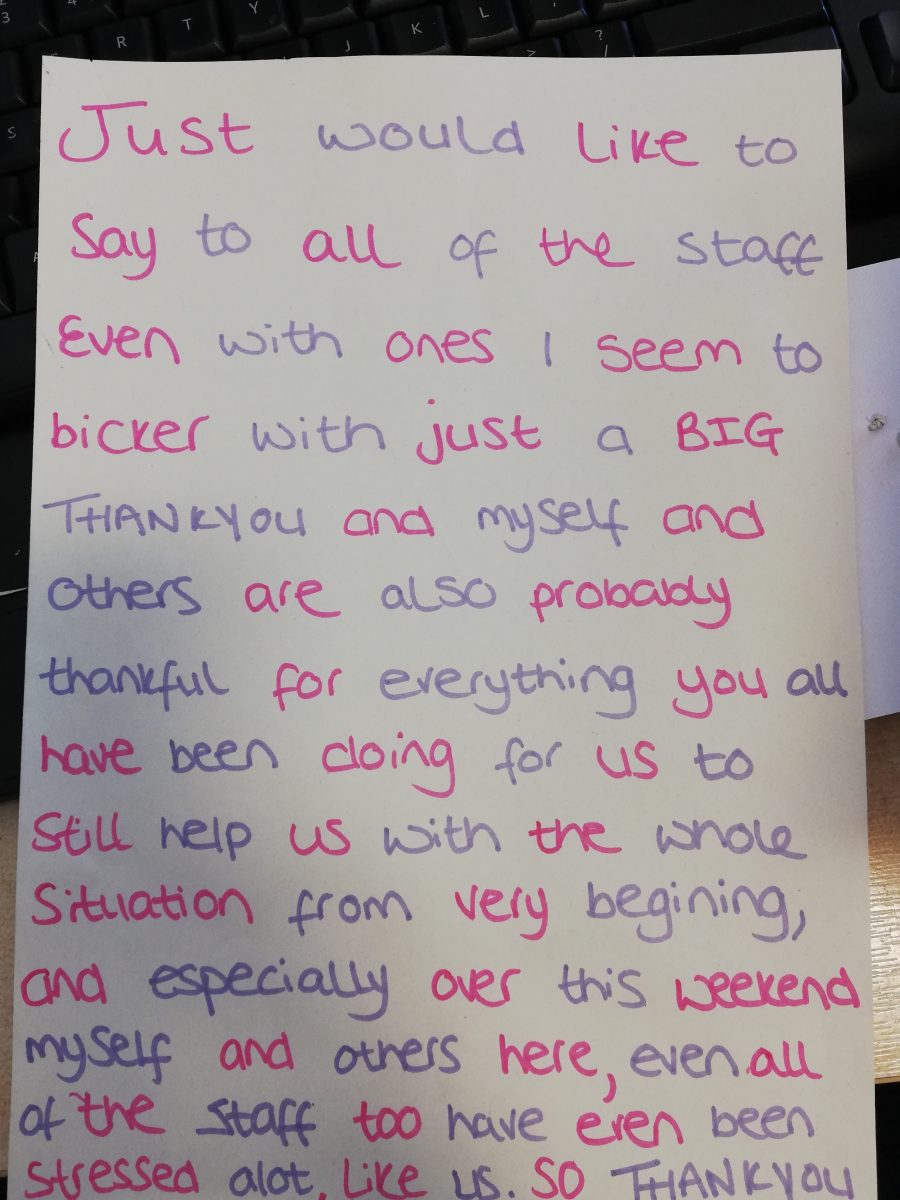 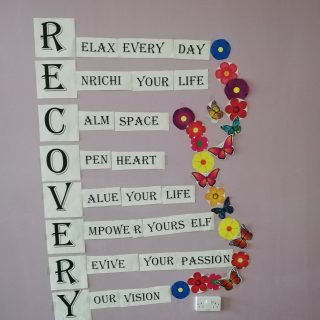 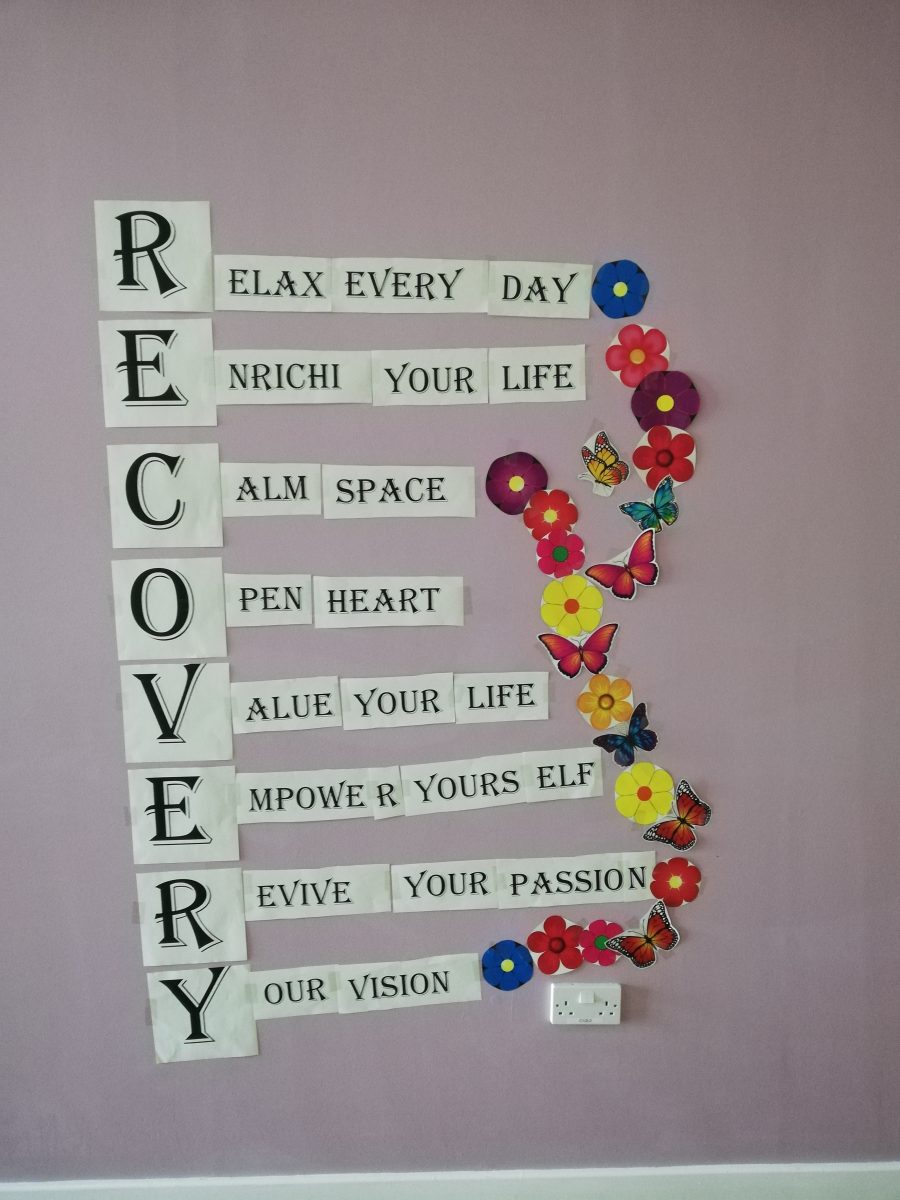 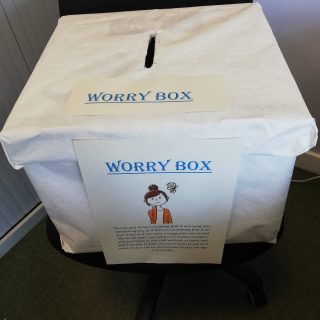 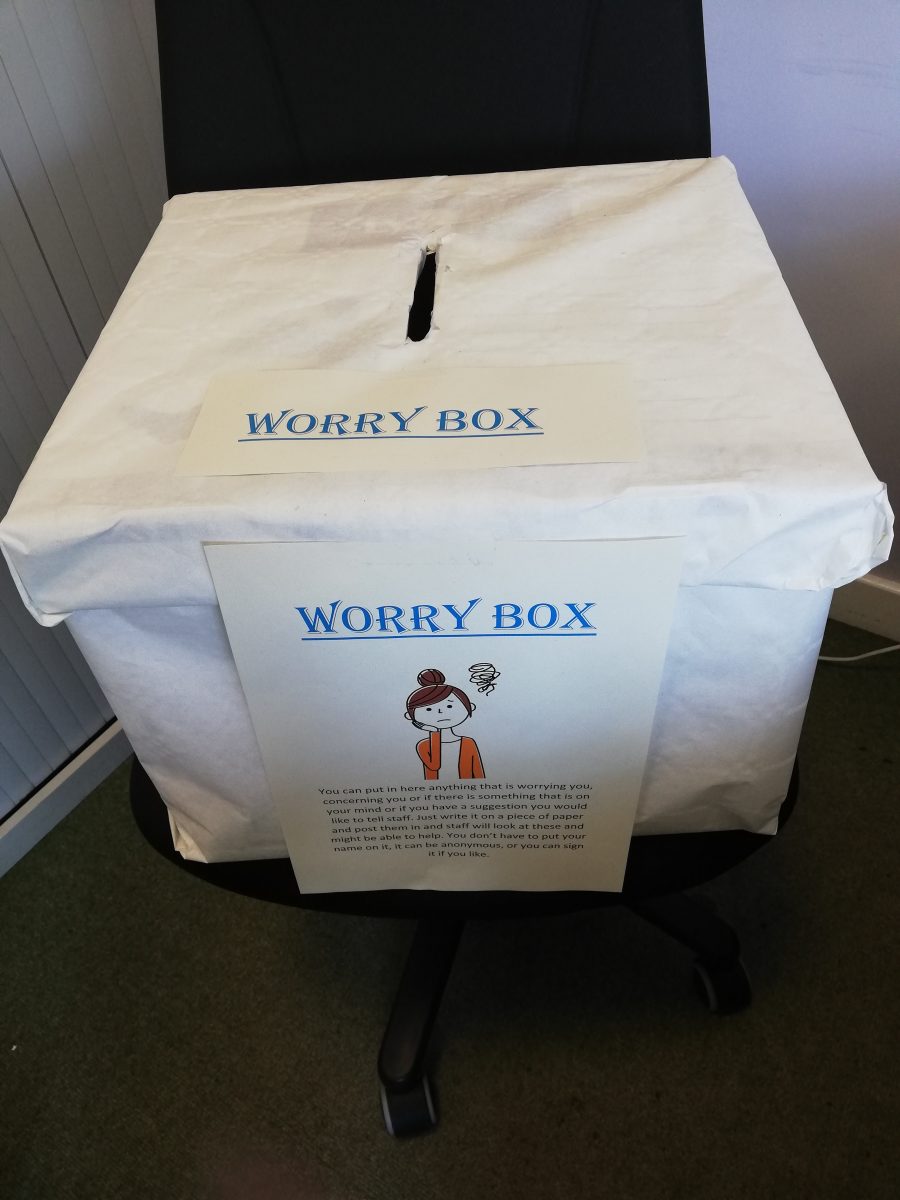 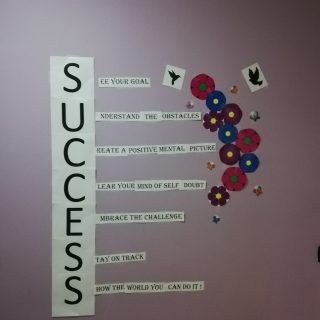 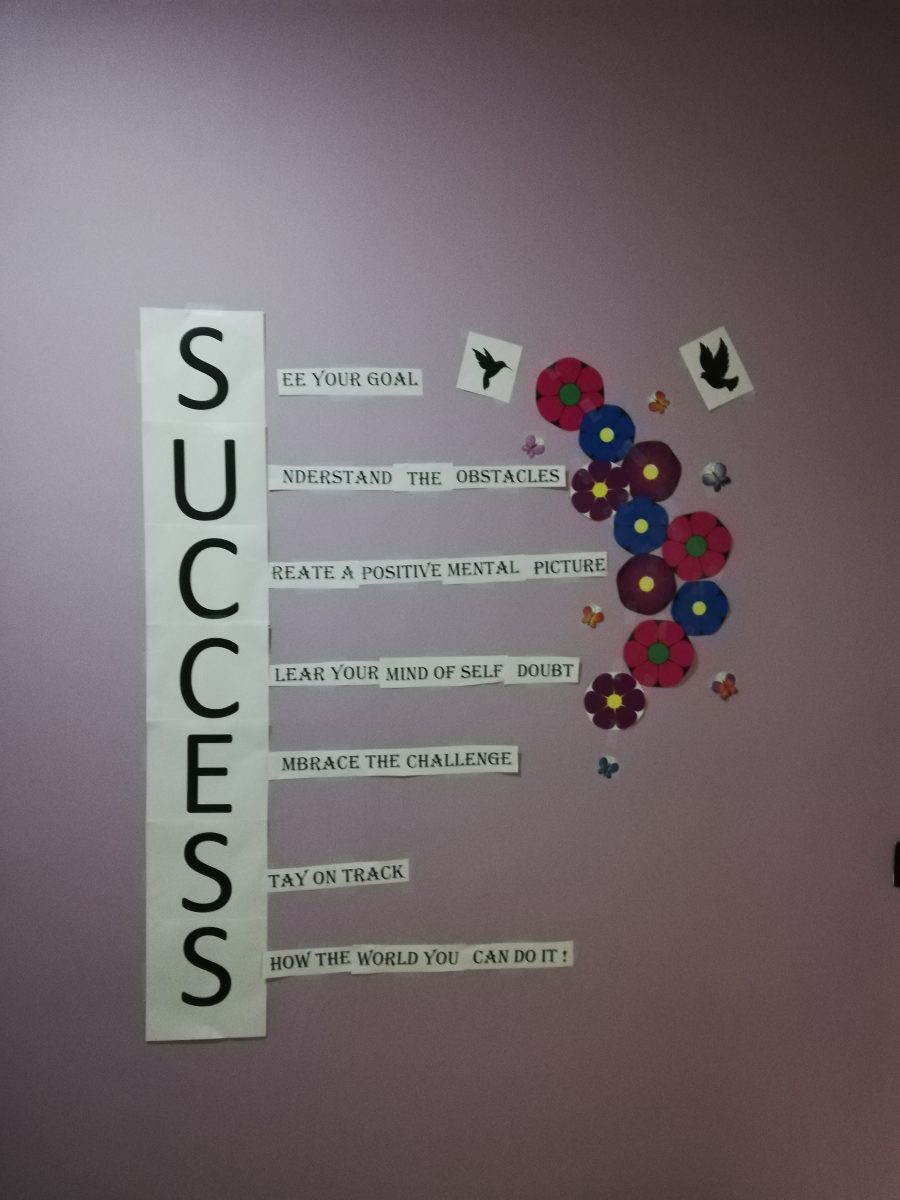 It just goes to show that whilst technology is amazing in filling the gap which social distancing has created, the older methods of communication are still very relevant. Megan says, “The residents are all loving the new projects and they’re looking forward to more in the future.”

What an amazing team!