With main construction work due to start in the coming weeks, city leaders have visited the Swansea site where a major new ‘living building’ project will soon be taking shape. 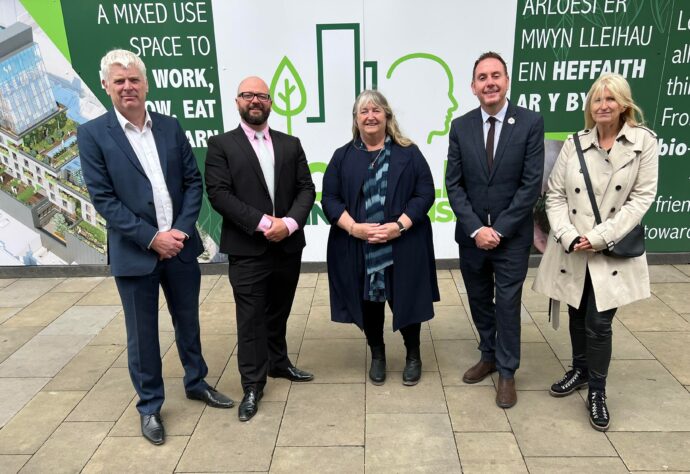 Cllr Rob Stewart, Swansea Council Leader, and Julie James, the Welsh Government’s Minister for Climate Change, were talked through details and timescales for the development, which will be located at the former Woolworths unit on Oxford Street.

Earmarked for completion by the end of 2023, Swansea-based Hacer Developments is behind the scheme, which is one of the first of its kind in the UK.

Made up of the former Woolworths unit and a new adjoining 13-storey structure, the ‘living building’ will include green walls and green roofs, an educational facility, retail, offices, a landscaped courtyard, rooftop solar panels, battery storage and gardens. Pobl Group will manage 50 affordable apartments forming part of the scheme. 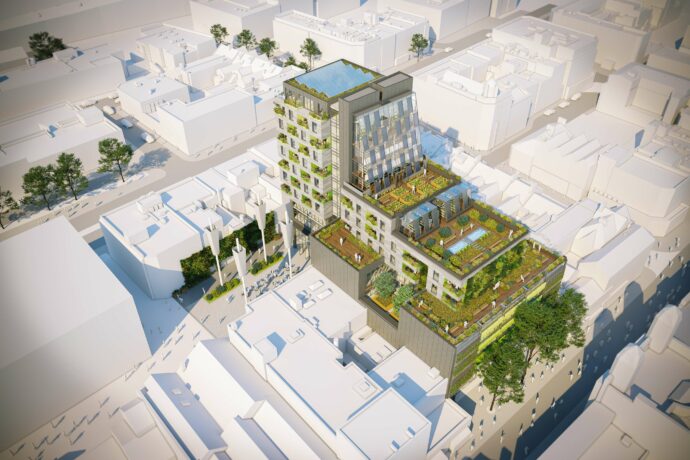 Other scheme features include an urban farm-style greenhouse set over four floors. Plants and vegetables will be grown in water and fed by waste pumped from fish tanks at the bottom of the building. A green walkway including seating through the building will link Oxford Street to a new public space leading to the 71/72 Kingsway scheme being developed by Swansea Council.

Stripping-out and demolition works have now been completed at the ‘living building’ site, paving the way for main construction to begin.

The visit also included a tour of the new 33-apartment building at the city’s Copr Bay district developed by Swansea Council, which is set for completion this summer.

To be run by Pobl Group and located close to the new bridge over Oystermouth Road, the affordable apartments will cater for local people working in the city centre, with a particular focus on key workers. 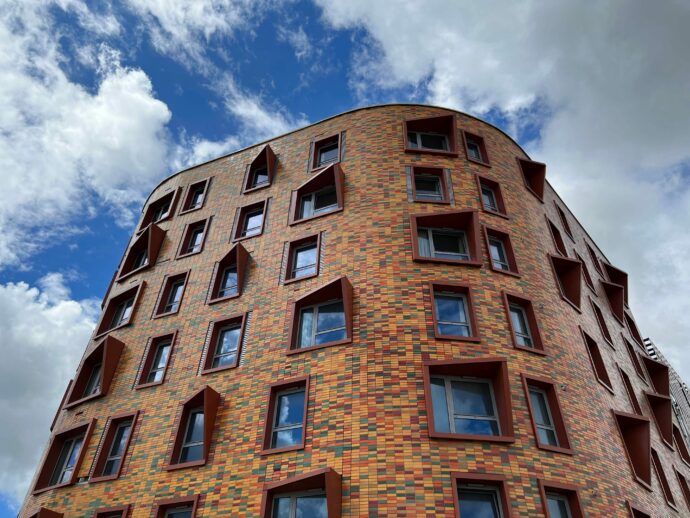 “What we have seen through this work is an excellent example of the affordable homes we need to build in Wales. “These new homes in the heart of Swansea city centre will make a huge difference to the quality of living for so many people. “We need to see more projects like this delivered across the country as we strive to become a stronger, greener, fairer Wales.” Climate Change Minister Julie James

“Pobl has a growing reputation for delivering forward-thinking housing solutions that push the boundaries. “We are excited to be working with Hacer on this innovative project that will deliver much-needed, high-quality, affordable homes for Swansea and support the council’s wider regeneration plans for the city centre. Support from the council and Welsh Government has been critically important to this development, so we were delighted to able to welcome the Minister on site to officially launch the start of work on this truly unique project.” Claire Tristham, Director of Developments at Pobl Group

“Led by Hacer Developments, the exciting ‘living building’ scheme follows on from our work to transform the look and feel of The Kingsway. “It will create jobs for local people while helping Swansea in its drive to become a net zero city, complementing the nearby office development at the former Oceana nightclub site that will be carbon zero in operation. “The residential element of the scheme will also meet the city’s accommodation needs by creating more affordable living opportunities in the city centre. This is also the case for the apartment building at the Copr Bay district developed by the council, which will benefit from excellent links with the new coastal park adjacent to Swansea Arena.” Cllr Stewart

“We’re delighted that main construction work will soon start on the highly innovative ‘living building’ project, but it wouldn’t be possible without the support of the many partners involved, including Swansea Council, the Welsh Government, Pobl and the Development Bank of Wales – as well as our fantastic design and site team.” Carwyn Davies, Managing Director of Hacer Developments 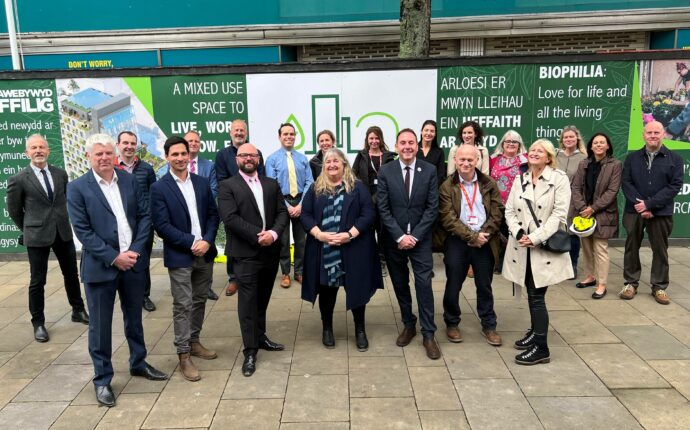 The ‘living building’ is being funded by a mixture of private sector funding and funding from the Welsh Government’s Innovative Housing Programme, Pobl and the Development Bank of Wales.

Set to accommodate 600 workers, the nearby office development at the former Oceana nightclub site – due for completion in the summer of 2023 – is funded by Swansea Council and the Swansea Bay City Deal. It is also being supported by the European Regional Development Site through the Welsh Government.

The Copr Bay phase one district has been developed by Swansea Council, supported by development managers RivingtonHark. Buckingham Group Contracting Ltd is leading on its construction.