A blue plaque in honour of Captain John Wedge of Goodig has been unveiled at the Pen-y-Porth development in Burry Port, which is being built by JEHU Group on behalf of Pobl Group.

Members of the Pembrey & Burry Port Heritage Group met with representatives from JEHU Group, Pobl Group and to officially unveil the plaque, which was paid for by JEHU and Pobl as part of the community benefits package for the scheme. 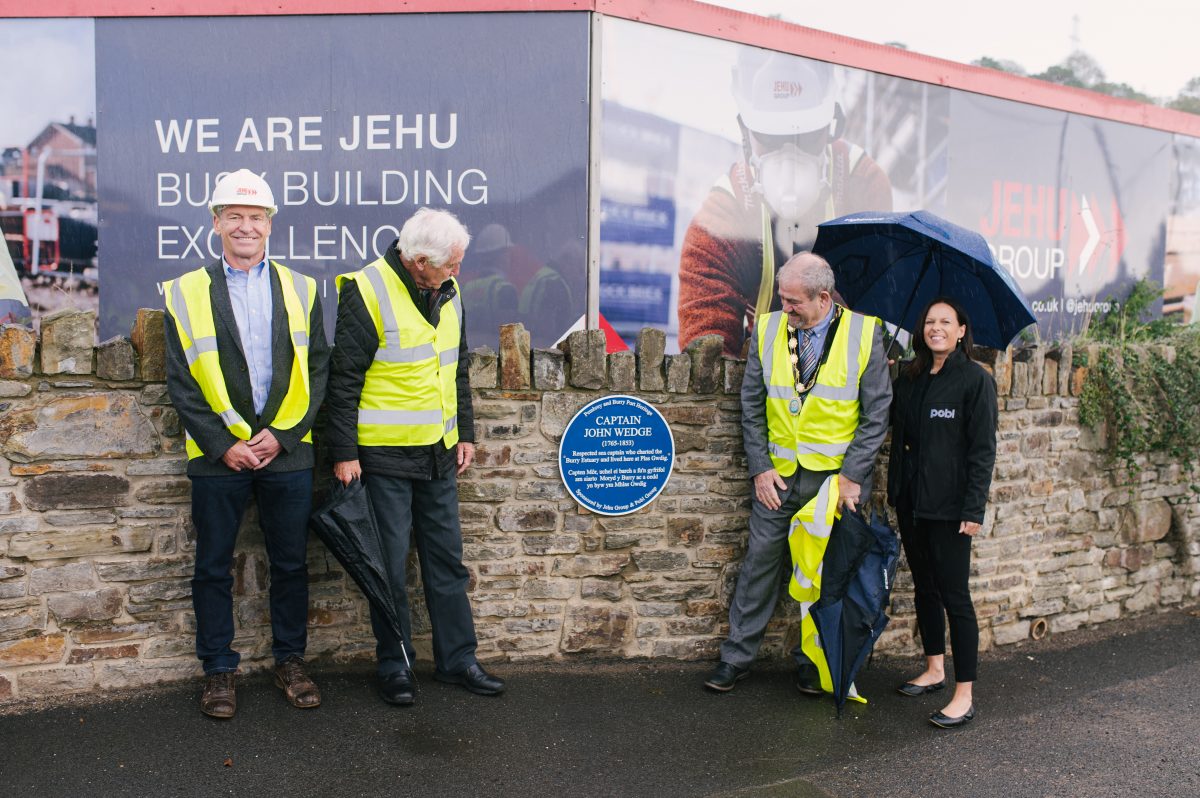 John Wedge junior became known as Captain John Wedge and was a well-respected sea captain and owned ships that traded from the Burry Estuary. He was described by fellow mariners and business associates as being “a kindly man” and a devout Christian.

Captain John Wedge made good use of his local knowledge of the Burry, and in 1805 he was commissioned by local landowners and industrialists to produce an accurate plan of the estuary.  This highly regarded chart known as “A Chart of the Burry Bar & Harbour (Llanelly)” was published in 1808 and was still in use well into the 19th century. 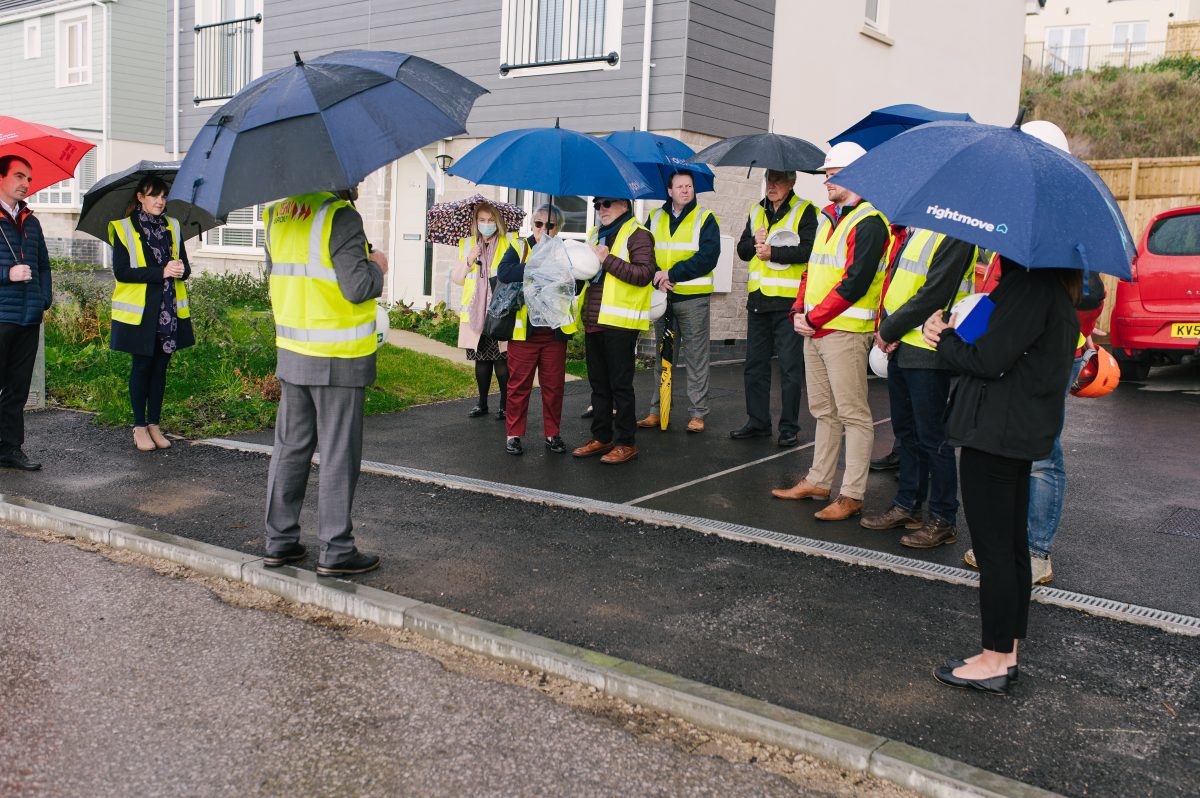 “This was a wonderful legacy project, helping to promote and protect the culture and heritage. The Jehu business is built on its rich family history so to be able to incorporate a part of history into the Pen-y-Porth development is fantastic for the community.” Marc Jehu, Group CEO for Construction at Jehu

“We are delighted to have been able to support this project and help to incorporate this piece of local history into the Pen-y-Porth development. At Pobl, placemaking is at the heart of what we do, and we’re always striving to ensure that our developments are about much more than just bricks and mortar, working with local community groups to incorporate their ideas into our schemes.” Claire Tristham, Director of Development – West at Pobl Group

"The Pembrey and Burry Port Heritage Group are extremely grateful for the sponsorship by JEHU and Pobl of the plaque in honour of Captain John Wedge. The plaque, placed in the location of his home, will be a constant reminder of his achievements, his concern for the safety of the sailors in the estuary and the impact he had on the town's heritage". Ellen Davies, Secretary of the Pembrey & Burry Port Heritage Group 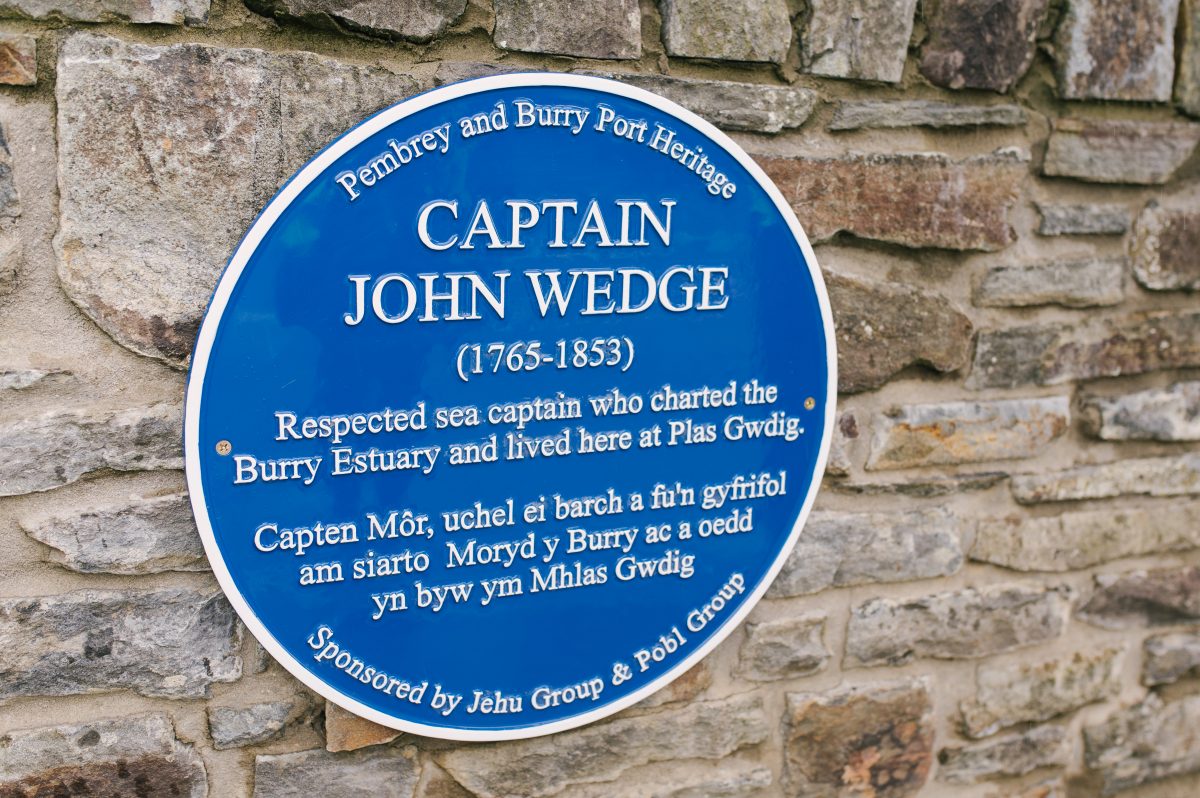