The family of Welsh footballing legend, John Charles, have attended a ceremony to officially name a new Pobl development in Cwmbwrla, Swansea, in his honour.

‘Clos John Charles’ is Pobl Group’s development of 49 new homes, constructed by family run business Jehu Group. It has been built on the site of the old Cwmbwrla School, where John was a pupil, a stone’s throw away from his family home in Alice Street, where he grew up as a child.

His brother, Malcolm, and sister Averil had ribbon cutting duties and were joined by Cllr Peter Black, representative of the Cwmbwrla ward, and members of the local community as they remembered their brother and took a trip down memory lane. 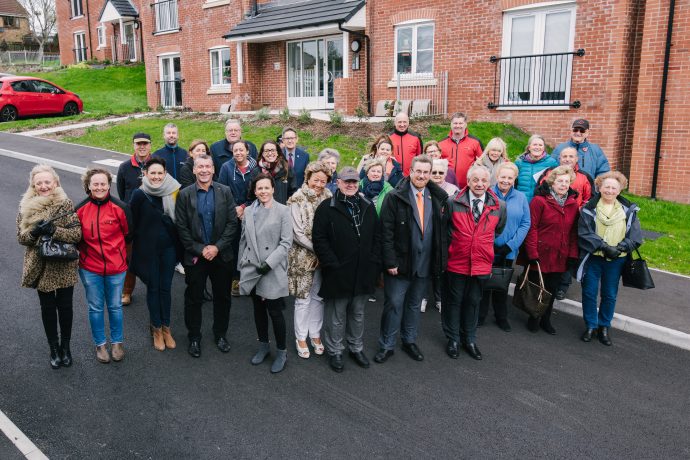 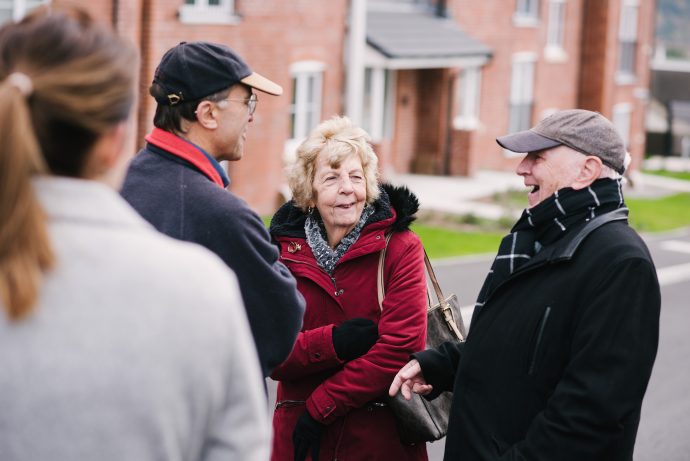 “As a family, we consider ourselves privileged to be part of the naming of Clos John Charles. It’s 70 years since I joined Cwmbwrla School and the headmistress, Mrs James, would be delighted to see what they’ve done with her school. It’s fantastic for the community to see the site being given a new lease of life and it’s great for us to be able to keep the name John Charles relevant for future generations to know all about the achievements of someone who was proud to be from this area.” Malcolm Charles, brother of John

A total of 49 apartments have been created at Clos John Charles, with a number of original external features from the old school retained, including an historic plaque which has been reinstated at the entrance to the new development.

As part of the opening ceremony, a time capsule containing a collection of images from the school’s history has been buried close to the entrance, giving future members of the Cwmbwrla community a chance to discover the history of the site. 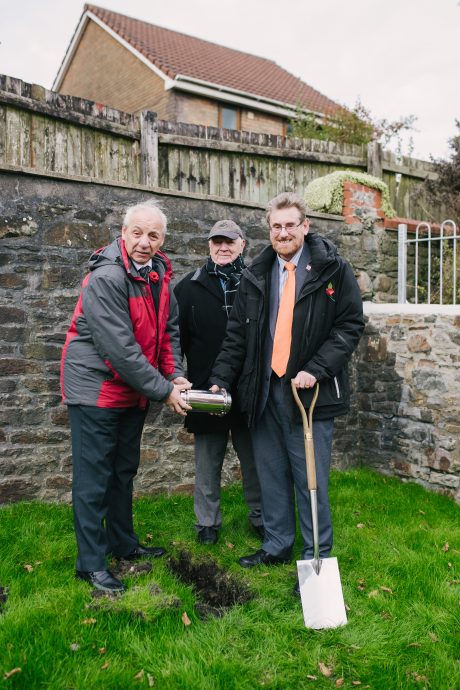 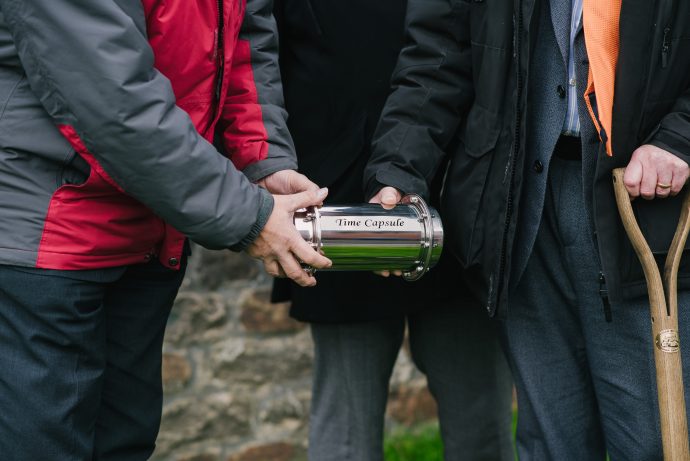 “We were absolutely delighted to be able to welcome the Charles family to see for themselves this new development at a site which was very close to their brother John’s heart and thrilled his brother and sister agreed to carry out the official naming duties. “In naming the development Clos John Charles, it is fitting and absolutely right that we honour both the part that this community, and Cwmbwrla School in particular, played in shaping someone whose achievements have been recognised globally, and the love that he himself had for the community in which he grew up.” Claire Tristham, Head of Development (West) at Pobl Group

“When it was open, Cwmbwrla School sat at the heart of our local community. There has been a school on that site since the 19th century, but its lifeforce was the thousands of pupils who started their education there, and the hundreds of teachers and head teachers who took them under their wing.

“John Charles was one of those pupils, one of six Welsh international footballers who grew up together in nearby Alice Street. It is fitting therefore that this new development recognises his achievements and those of his contemporaries through its name, and through the links that Pobl have made on site with the former school. I am pleased that we are acknowledging both in this way.” 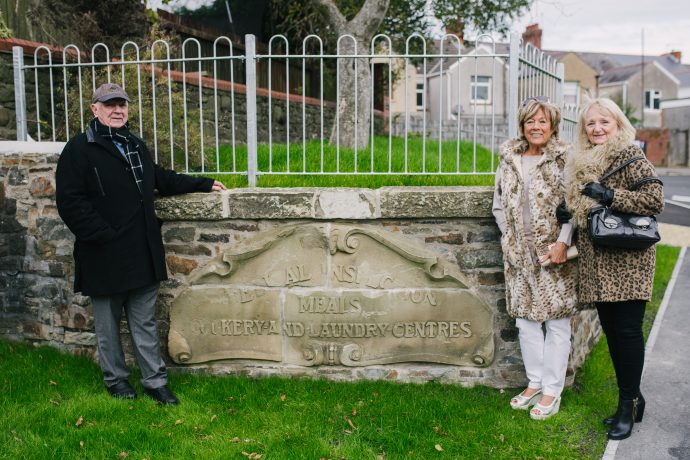 “Clos John Charles is a fantastic development, we’ve enjoyed working alongside Pobl Group again. As a Welsh based contractor, we are proud to of been part of the legacy of John Charles.” Marc Jehu, Managing Director at Jehu

Widely considered to be one of Britain’s greatest ever footballers, John Charles represented Wales 38 times in a career that saw him play for the likes of Leeds United, Juventus and Roma. 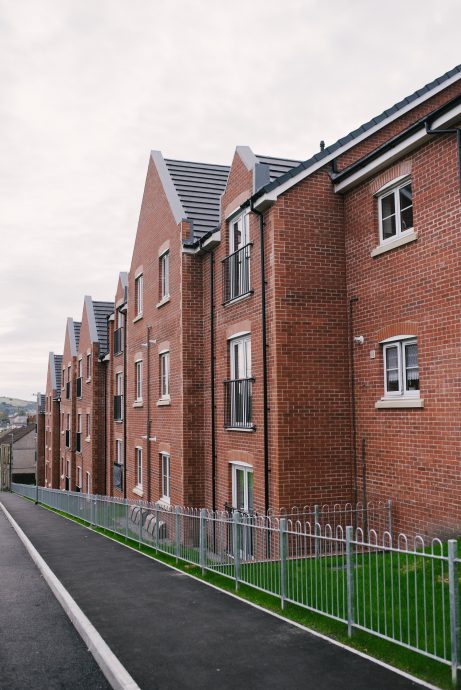 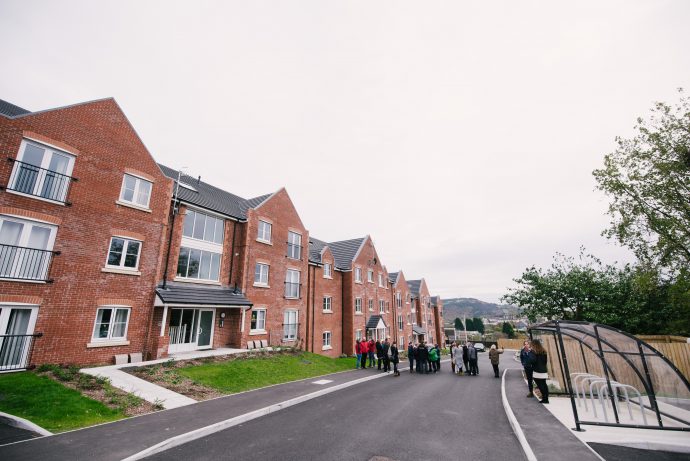 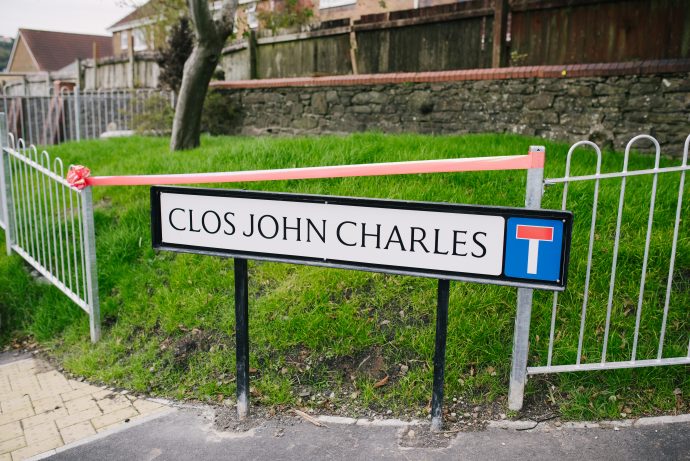