We recently completed the development of a £3.5million retirement and sheltered housing scheme at Llys y Vetch, which occupies a corner of the former Vetch Field football ground in Swansea.

As part of our partnership with building contractors ENGIE, we worked together to not only build new affordable housing but also deliver additional value by supporting projects identified by the existing community in the Sandfields area. 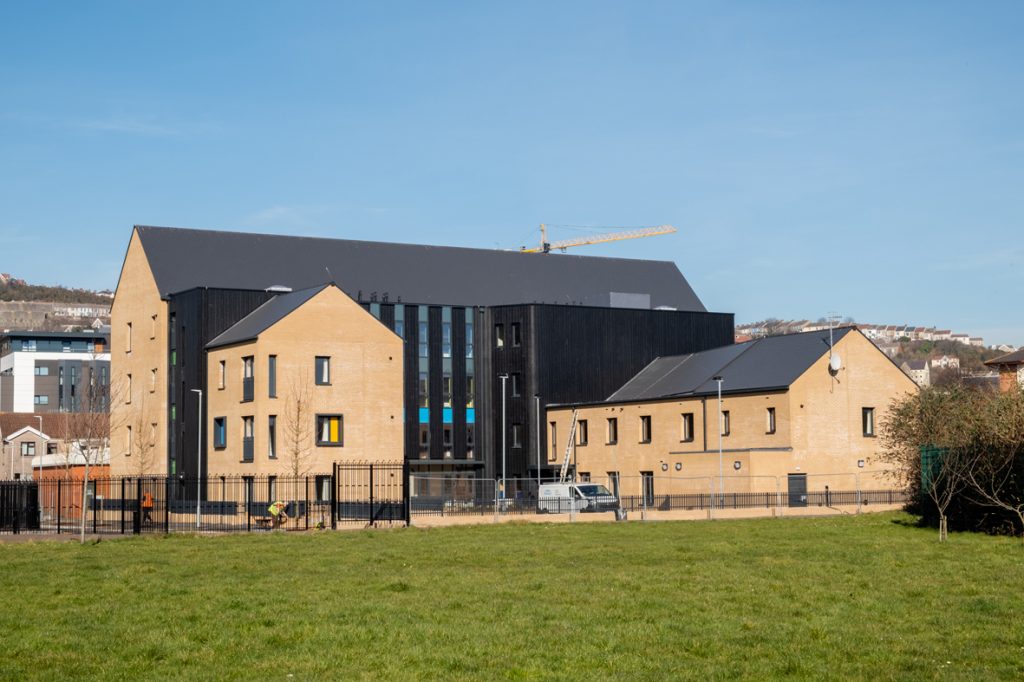 The Sandfields Community Association requested help to put up a fence around the local play area, which was handcrafted by inmates from the local prison as part of a rehabilitation programme, using materials donated by local councillors and paint supplied by the Swansea Lions.

Twelve volunteers from ENGIE spent three days erecting a fence around the play area making it safe for families to enjoy.

“We originally created the playground from donations from local councillors, however after it was completed, we realised that we needed to enclose it for the children. We were quoted eleven thousand pounds to have a fence put up and our association just couldn’t afford that. When looking for alternatives, we asked the prison for help and they offered to make it for us. ENGIE then offered to install it for us. We’re ever so grateful for their support, the fence looks great!” 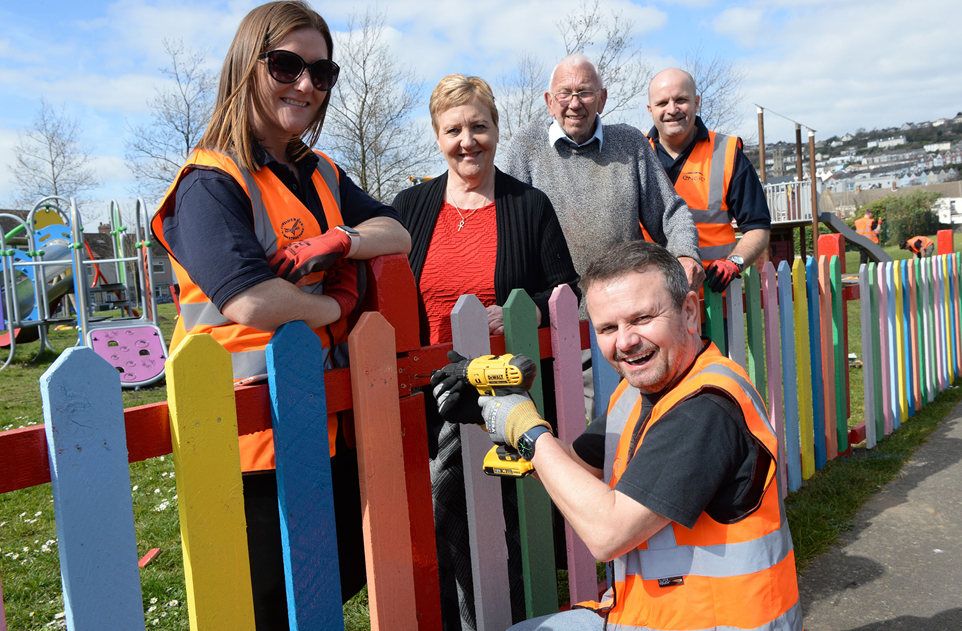 “We provided spare materials to Colin and other members of the Vetch Community Garden and Sandfields Community Association back when we first started construction work on Llys y Vetch, and were delighted to be contacted by Colin again to offer further support in making the local play area a welcoming place for local residents to enjoy.”

“The community benefit projects carried out by ENGIE, such as the new fence around the play area, have really benefitted the Sandfields community as a whole. We are proud of the new homes that Pobl and ENGIE have developed at Llys y Vetch, and of the way that the Sandfields community have welcomed the new residents. Working in partnership with ENGIE, we are pleased that these initiatives have built upon our good relationship with the existing community.”