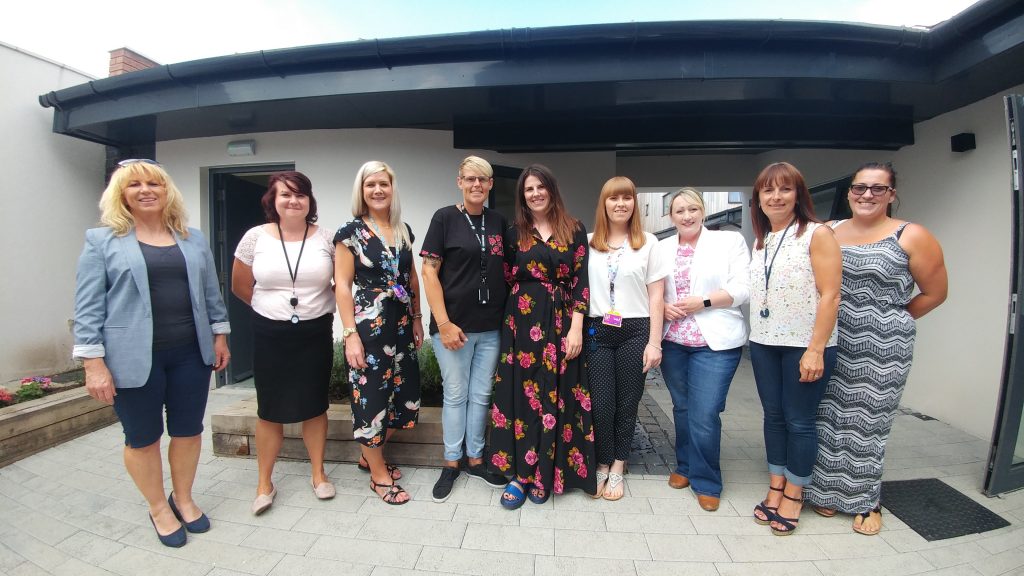 It might have been Friday 13th but that didn’t stop our Pobl people at Llys Awen holding an official open day for the scheme’s brand new building based in Gorseinon.

Designed by Huw Griffiths Architects, the new building was built by Coastal Housing Group for the Swansea Council commissioned service for young people aged from 16 to 21. Pobl Group now provides the support for Llys Awen which gives young people with complex needs the chance to gain independent living skills in a psychologically informed environment. This means taking into account their life experiences, psychological makeup, personalities, thoughts and emotions in the way it operates its approach to supporting people out of homelessness. This helps staff to deliver and focussed service that encourages relationship building to promote independence.

A clear example of why #HousingMattersWales Llys Awen helps young people to learn and have the confidence to maintain their own tenancy in the community in their own, purpose built, supported home. This space remains theirs, in an independent bedsit where they choose to allow visitors and are responsible for answering the front door or meeting with support workers in allotted spaces away from their main living space.

The team were joined by Rhian Stone, our Acting Director of Care and Support, Housing & Regeneration Minister, Rebecca Evans and Serena Jones, Director of Homes, Communities and Services from Coastal Housing who agreed to cut the ribbon for the official opening.

The first time I came to visit Llys Awen it was really clear that it was going to be a successful scheme. When you communicate to people through a poor building every day, then you are communicating that their worth is not significant enough and that has a really difficult impact and staff find it very hard to keep young people positive. To address that, I know that colleagues worked really closely with both the supporting people team and the previous provider of the service to understand and influence the design of the new building.

Make sure you support ringfencing vital funds for homelessness and housing-related support by sharing your #HousingMattersWales comments on Twitter. See what people are saying about ringfencing here.