Haydn is a 53 year old single man, with a history of mental health issues.  He has been living in move-on accommodation for just over a year, having been referred by a 24-hr supported scheme.

Old Oak co-operative housing project is the first of its kind in Carmarthenshire, and one of only three being piloted in Wales (another one being at our Loftus Garden Village in Newport).  It will feature 27 homes consisting of two, three, and four bedroom house types. 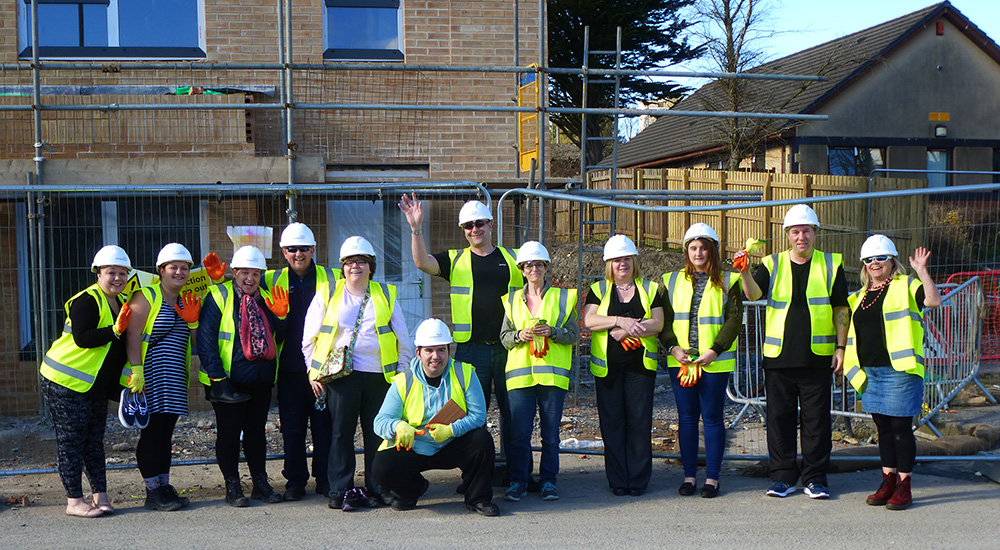 At present he lives independently, managing his own accommodation and self-medicating successfully with an input of 3 hours a week from Gwalia care and support.

The writer first met Haydn at an initial consultation event for the co-operative where he attended with his support worker and his body language was closed and he communicated very little.

When roles and responsibilities within the co-operative were discussed, Haydn expressed a wish to take on responsibility for landscape maintenance and litter picking on the site.  As a result, he has applied to do some training at the National Botanic Gardens where he can acquire the skills he will need and we look forward to Haydn becoming accredited!

As time has gone on, he has grown in confidence to the extent he now attends co-operative sessions on his own.  His body language is open, he converses and smiles much more easily and is happily supported by other members of the co-operative who welcome his input and cheer his achievements.

The management committee of the co-op is currently using the meeting room at Ty Gwynfa for their meetings.  To enable this without inconvenience to staff, Haydn has been entrusted with having the access to that room added to his key fob, and so now provides access for co-op members on meeting nights.

With support, he will also be attending the local university campus to have his own views on the co-op recorded on film by students producing a short video sequence for presentation at conferences.  He also recently took part in a ‘bricklaying’ event facilitated by Morganstone, developers of the co-operative site, where members each laid a brick.

Old Oak  is a partnership between housing provider Grwp Gwalia, Carmarthenshire County Council, Wales Co-operative Centre and Morganstone. Construction commenced in September 2015, with the first homes due to be ready December 2016