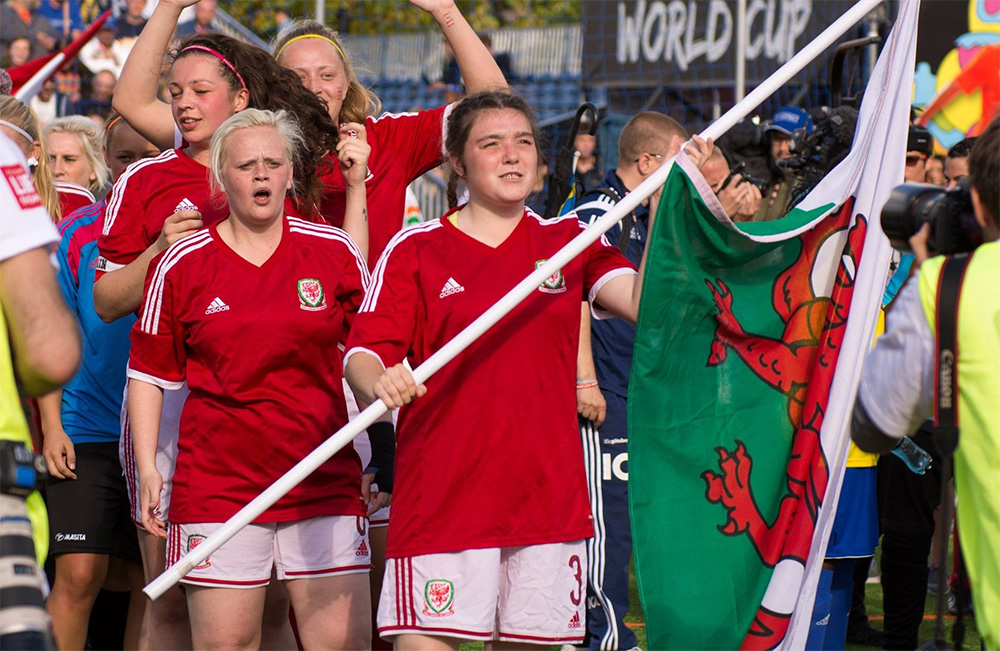 Footballers from the Welsh Warriors and Welsh Dragons teams, competing in the Street Football Wales leagues, were in training for the Homeless World Cup in Glasgow this summer when they surprised team mates with an impromptu running man dance!

Street Football Wales is a social inclusion charity hosted by Pobl. It has four leagues and is providing footballing opportunities for almost 1,000 individuals affected by homelessness, substance misuse and mental health issues.

The Welsh Warriors women’s football team are hoping to repeat the glory of last year when they beat off stiff competition from England, Finland and Sweden to be crowned winners of the Plate Competition at the Homeless World Cup in Amsterdam.

During training this week for the 14th annual Homeless World Cup, where more than 49 countries compete for the title in Glasgow, players surprised everyone by copying recent #runningman dances by police forces around the world and challenged fellow Homeless World Cup teams to follow in their dance steps and carry out the #runningman dance in preparation for the tournament.

“A select few members of the squad surprised team mates and staff by breaking off for a flash mob style dance”.

“The Homeless World Cup is a pivotal event in our sporting calendar and our teams are hoping they can repeat the success of last year,” he said. “We have two very driven and dedicated teams hoping to score at the games, made up of individuals who have experienced homelessness. To lighten the mood and highlight the importance of the Homeless World Cup Becky Mullins orchestrated the #runningman dance”.

“The players were brilliant and we caught it on camera, so everyone can see Street Football Wales’ Flashmob and how it boosted morale. The Warriors and the Dragons are roaring to score at the games and challenged teams from around the world to also carry out the #runningman dance in preparation for the tournament.”

The Homeless World Cup takes place in Glasgow during 10-16 July.  Good luck to all the footballers taking part, and we look forward to seeing more #runningman dances!