Construction is underway on our Active Homes Neath project which is the first major housing development in the UK to use the ‘Active Buildings’ solar power concept. 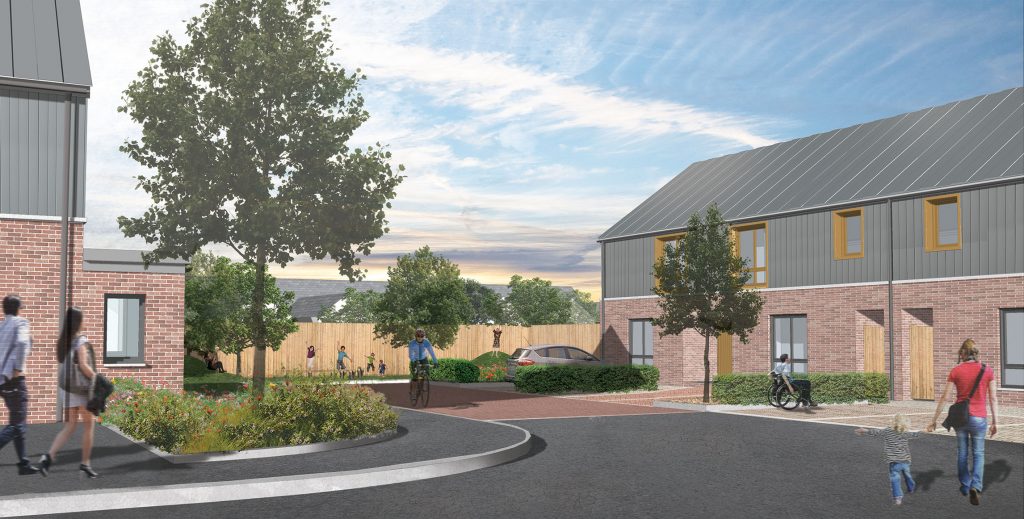 The 16 homes have been designed to maximise solar gain and will use a combination of innovative technologies to allow the homes to generate, store and release their own energy and are being built by south Wales-based construction company TRJ.

The ‘Active Buildings’ concept, developed by SPECIFIC, includes integrated photovoltaic panels on the roofs and a solar heat collector on south-facing walls for water heating. Batteries will store excess energy for subsequent use, while waste heat will be captured and recycled within the home’s ventilation system. 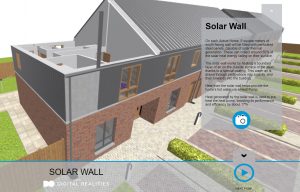 Elfed Roberts, Head of Development (West) explained how the technologies can benefit the lives of the residents:

“As a low carbon development Active Homes Neath will explore how reduced energy consumption can have a positive impact on consumers’ health and wellbeing; through the decrease in numbers of people experiencing fuel poverty, for example.”

“Homes like these, if built in large numbers, could play a significant part in combatting Britain’s predicted energy crisis by both reducing household energy bills and taking the pressure off the energy system. Active Homes Neath will be the first development to take this design into homes, using a model that can be repeated and developed elsewhere.”

The eight houses and eight apartments on the development are also designed to be a pathfinder initiative for the much bigger Homes as Power Stations project across the Swansea Bay City Region that’s due to be part-funded, subject to a business case approval, by the £1.3 billion Swansea Bay City Deal.

“The construction of these self-powering homes is fantastic for this region as it puts us at the cutting edge of new green energy technologies and uses local skills, local workers and is linked to locally based businesses like Tata Steel.

It is also aimed at kick-starting the wider Homes as Power Stations project which could make the Swansea Bay region a key player in developing self-powering homes, offices and other buildings.”

The development is being funded by Welsh Government’s Innovative Housing Programme and Social Housing Grant as well as private finance.

Once completed, the performance of the Active Homes in Neath will be monitored by the Department of Business, Energy, Industrial Strategy (BEIS) monitoring programme. 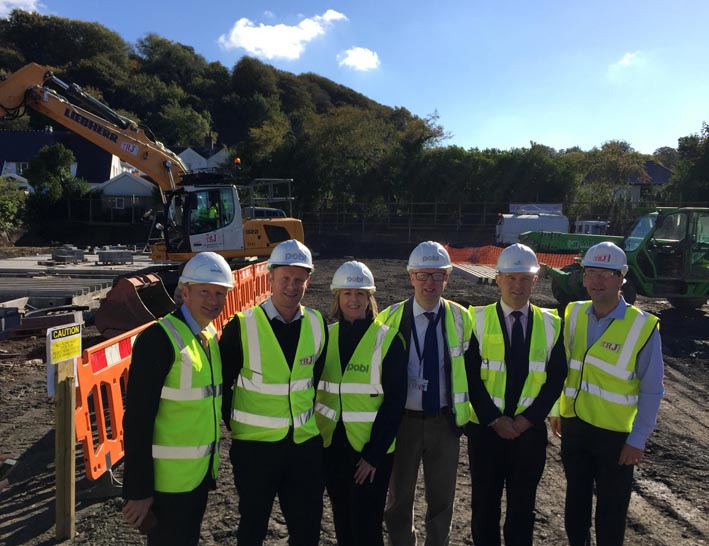